Looking back at COP26

Find out what's been achieved at COP26.

COP26 concluded in Glasgow on Saturday 13 November when the final gavel went down that evening. The 197 Parties agreed the Glasgow Climate Pact to keep 1.5C alive, finalise the outstanding elements of the Paris Agreement and work with consensus to urgently accelerate climate action.

The Glasgow Climate Pact, combined with increased ambition and action from countries, means that 1.5C remains in sight, but it will only be delivered with concerted and immediate global efforts.

Read the full statement from COP26

Of these 'The negotiations explained' is much clearer and easier to read than  'The Glasgow Climate Pact'.

More assessments, in our  News  item

The history of Climate negotiations

Paul Allen, the Centre for Avanced Technology’s Zero Carbon Britain Knowledge and Outreach Coordinator, looks at the history of climate negotiations since 1992.

The story of COP26 is rooted in the 1992 Rio Earth Summit. Alongside several key decisions, the Rio Summit opened the United Nations Framework Convention on Climate Change (UNFCCC) for countries to sign up to, with the convention entering into force in March 1994. It offers an ongoing international framework for bringing together efforts by the world’s governments to tackle the serious challenges posed by climate change.

The UNFCCC gained near universal acceptance; the countries that signed up being referred to as ‘Parties to the Convention’. Since then, a ‘Conference of the Parties’, or ‘COP’ for short, has been held every year (except last year) to assess progress to date and agree the actions that need to be taken next.

"Responsibility rests with each and every country... because on climate the world will succeed, or fail, as one."

The UN COP26 climate conference to be held in Glasgow is regarded as being the last chance for world leaders to make serious, effective and binding commitments to reducing carbon emissions and other action to mitigate the effects of climate change, but the chances of this happening are remote.

Official information about COP26 has improved with the start of a series of weekly 'communications updates'.  The badly built official website  https://ukcop26.org/  contains information about booking to attend the conference 'green zone', and a  link to  'COP26 Explained' , a 25 page PDF document in a 2 page, 4 column layout which might be appropriate for a printed leaflet but is totally unsuitable for viewing on even a large screen, requiring zooming and constant scrolling to be legible at all.  After a complacent foreword by Alok Sharma and a bland introduction, there is a boastful page entitled  'The UK's Leadership on Climate',  which among other things says  'We will end direct government support for the fossil fuel energy sector overseas'  but naturally fails to mention the UK government's apparent intention to approve the development of the huge Cambo oil and gas field off Shetland.

There's also an official website called Together for our Planet, which aims to 'showcase how people from all over the UK are already doing their bit on climate change'  and offers the opportunity to subscribe to a COP26 newsletter.  This is being issued weekly - see links above.

There is slightly more information, and invitations for organisations and individuals to become involved on the fringes of the conference, on the Scottish Government's Net Zero Nation website.

The best account of COP26 we have found is in a blog by Scottish geographer and energy specialist Neil Kitching, who has also published a book called 'Carbon Choices' on the common-sense solutions to our climate and nature crises. 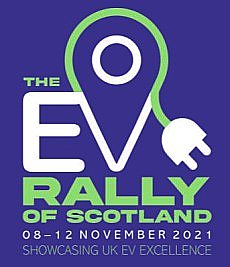 Highland Council is supporting and publicising 'The Electric Vehicle Rally of Scotland', an event due to take place from 8-12 November to coincide with the COP26 climate conference taking place in Glasgow.  Information sent to all Scottish councils (in a badly designed and difficult to read PDF file), describes it as

a ‘demonstration’ of Scottish EV charging infrastructure, combined with clean and innovative vehicle technology. The idea is to prove that EV use across Scotland is not just ‘for the odd occasion’… It can be a ‘daily occurrence’… ‘the norm’!

We plan on putting 16 x EVs on the road, as part of COP26, and set them off from Glasgow, on a 5-day, 1234 mile ‘e-Tour of Scotland’, taking in many of the beautiful landmarks in the country, but most importantly, showcasing the charging infrastructure across the region at the same time.

The just-published latest progress report from the government-appointed Climate Change Committee accuses the government of failing to match promises to cut emissions with action, which risks undermining the country’s credibility as host of COP26.

There are in fact three reports to parliament, one on progress in reducing emissions, one on progress in adapting to climate change, and the third a summary of the committee's recommendations, in separate sections for thirteen UK government departments and the three devolved administrations.

There is a “vacuum” in government policy on climate change with Boris Johnson failing to match promises to cut emissions with action, according to Britain’s advisory body.

The lack of progress risks undermining the country’s credibility as host of Cop26, the UN climate conference in Glasgow in November, and “puts the whole process into jeopardy”, the Climate Change Committee warned.

Lord Deben, the committee’s chairman, said that if the government failed to set out strong policies by November it would not persuade other countries to act on their emissions. “If we haven’t shown the way in which we’re going to deliver, then we will not be able to make Cop a success,” he said. “The whole concept of global Britain being a leader will be undermined.”

Comments on the article are notable for their almost exclusively hostile attitude to the idea that action is necessary to mitigage the effects of climate change.

transcript of recommendations for the Scottish government

It seems likely that the UK government will approve oil drilling and extraction in the Cambo field off Shetland.  Environmental groups have attacked the approval as sending the wrong signals in the run up to the COP26 climate conference, and reducing the possibility of persuading other countries to reduce emissions sufficiently to limit global warming to 1.5C and reach “global” net zero by the middle of this century.

Under proposals submitted to the government, developers behind the Cambo heavy crude field off the coast of the Shetland Islands expect to extract 150 million barrels of oil — roughly equivalent to operating 16 coal-fired power stations for a year.  Setting up and powering the oil rig will emit more than three million tonnes of carbon over the project’s lifetime.

The comments made on the article are notable for their almost exclusively negative tone.

Scottish geographer and energy specialist Neil Kitching has published 'Carbon Choices' on the common-sense solutions to our climate and nature crises.  He has recently posted an item in his blog about COP26

You will be hearing a lot in the run up to COP26 in November.  But what exactly is it?  In this blog I will explain all in as few words as possible.

COP26 is the 26th global climate conference run by the United Nations.  It is being hosted by the UK and held in Glasgow, Scotland between 1 and 12 November 2021.  It will be the largest ever international conference held in the UK, hosting up to 30,000 climate experts, negotiators, heads of state, media and observer organisations from over 200 countries - if Covid regulations allow. COP stands for 'conference of the parties' where the 'parties' are international governments.  Fundamentally, COP26 is the setting for the world's most complex international negotiations.

The Centre for Alternative Technology hopes to raise 50,000 signatures in Wales as a means of sending a message to world leaders that urgent action needs to be taken now if we are to mitigate the worst effects of climate change.  Paul Allen, from CAT’s Zero Carbon Britain team, writes

To help focus COP26 conversations on the immediate actions at the scale and speed demanded by science, CAT has joined Climate.Cymru. Together, we want to gather 50,000 voices from the people of Wales to show world leaders just how much the people of Wales care, and demand meaningful action to protect the things we love from the climate and biodiversity emergencies.

Perhaps they should broaden their horizons and try to gather several times that number of signatures from the whole of the UK.

Boris Johnson has moved his business secretary, Alok Sharma, to work full-time on preparations for the Cop26 climate conference in Glasgow this November, a change urged by environmental experts given the scale of the role.

Covid-19 - Local and national information   Regular statements about Covid-19 from the First Minister and the Scottish government have been... More >>