The Highland Council are taking a very positive stance in supporting both the concept of the Active Travel Route and assisting in the process of getting the project delivered.  The reality is that this will take a considerable time to bring to fruition.  Pell Frischmann, our consultants, have now produced detailed plans of the preferred route that was discussed widely at the Public Consultation in March.   Both the Avoch and Killen Community Council and Knockbain Community Council (which covers the Munlochy end of the route) have been given a presentation during September and The Avoch and Killen CC has reported back

It is hoped that Knockbain CC will be as supportive.  More recently Jamie Grant, one of the landowners on the route, invited Councillor Gordon Adam and Julian Paren to walk with him over an alternative route which he prefers, so we could assess why he looks more favourably on a route via Rosehaugh and Pink Lodge rather than along the A832.

Funding for the route continues until March 2022, beyond which time it will have become evident whether the landowners are willing to collaborate with Highland Council.

The public consultation closed on March 30 2021, but the consultation website, with the response form closed, is now available again with lots of information about the project.

There was a huge response to our Public Consultation on the proposed Avoch to Munlochy Active Travel Link which ended on 31 March.  We invited the public to view the proposal through a dedicated TBI webpage and to respond to a questionnaire.  The public consultation was advertised on-line through social media including that initiated by TBI and the Black Isle Tourism Team and through articles in the local and national press and Chatterbox and sharing on facebook.  In addition the Royal Mail delivered leaflets to all homes in the south-east of the Black Isle between North Kessock and Fortrose. There were also three on-line Question and Answer sessions where the local farmers and landowners as well as local residents voiced their opinions and contributed to good discussions with our contractors and members of the working group.

The response has been a huge boost to the project.  319 questionnaires were completed on line, with an average of 25 minutes spent on writing each response.  Over two thirds of the respondents said they were unhappy with the current walking, wheeling and cycling provision between and beyond the communities of Avoch and Munlochy, and of those who regularly walk/wheel/cycle within the Avoch, Munlochy or Drumderfit Forest area, 96% said they would use the new path and a large number stating safety concerns as a reason why they did not currently use active travel as much as they would like.

One multiple choice question was ‘what would you use the route for?’  Commuting, access to facilities and social activities scored equally, (each 30% of answers) while leisure use was the foremost reason for using the path. Only 3% of respondents did not feel the path would open up further opportunities for the Black Isle Community.

There was a wealth of information provided in the more open-ended sections of the consultation and these will take time to assess.  TBI thanks all those who took time to make well-worded and highly relevant suggestions and comments on the future direction of Active Travel provision on the Black Isle.

The public consultation has provided information that would have been difficult to obtain by any other means. Importantly a large majority of those who responded want to be kept in touch as the route becomes a reality.  The next step is to gain landowner approval for the route alongside the A832 and on to Drumderfit - a route for commuting cyclists and for those who need a hard surface for push chairs, buggies and mobility scooters.  Leisure cyclists and walkers will of course still use all the back roads and tracks when planning trips on the Black Isle.  With the farmers now bringing in the NFU into the discussions we are more hopeful that progress can be made.

TBI has been trying since 2014 to facilitate the creation of a cycle and pedestrian path to avoid the busy main road between Avoch and Munlochy and continue to provide safe walking and cycling to the Drumderfit car park on the minor road to Drumsmittal.  After a feasibility study identified possible routes, progress slowed in the face of anticipated problems in acquiring the necessary land.  Activity resumed in 2019 with a further consultants' review of the route and the recent announcement of a public consultation process, but problems over land acquisition remain unresolved.

TBI Convenor Julian Paren outlines the thinking behind the proposal for a path and reviews the progress to date.

The road from Avoch to Munlochy is one of the most well-used in the area. As well as local trips, both drivers and cyclists use it to commute to Inverness, with others coming into the area to visit tourist sites, shops and guest houses. Transition Black Isle (TBI) has been working to improve safety on the road - and to make it accessible for people traveling on foot, by bike or traveling in a wheelchair, mobility scooter or with a pram.

In 2014, TBI sought an alternative solution - a dedicated cycle path that could be used by commuting and leisure cyclists, walkers as well as parents with prams and young children, or the infirm riding mobility scooters.

Other documents about the cycle path are available at 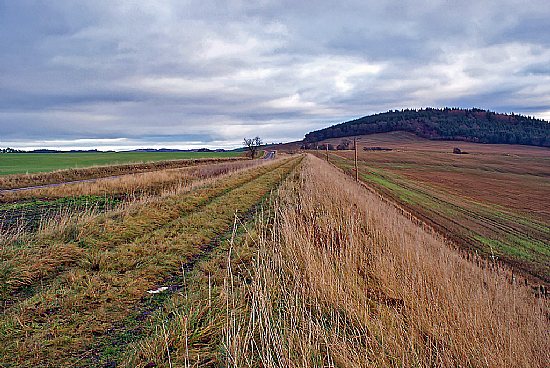 Covid-19 - Local and national information   Restrictions eased as data shows Scotland now 'on the downward slope' of the Omicron wave O... More >>
Free travel for under 22s in Scotland January 2022.   Stagecoach has emailed with news of a Scottish Government initiative to provide free... More >>