There is also an 'Eco Officer Network', consisting of a group of around 70 volunteers from across Council services who help these officials to arrange and deliver a variety of initiatives related to carbon reduction.

TBI Convenor Julian Paren recently took part in this two day online course run by the Centre for Alternative Technology, based in Wales, and has written this report

I was one of around 100 participants who enjoyed the two-day course that ran from 29 to 30 April this year.  The course sessions were extremely factual and were each followed by breakout sessions with a maximum of five people.  All those attending were encouraged to have looked beforehand at the executive summary of the Zero Carbon Britain book, published by CAT, and some course lectures delved into the nitty-gritty of its following 204 pages.

The course was developed in response to discussions with local Councils and to me its most important element was the networking with others working and studying in the field, and exploring the radical changes needed to rise to the climate challenge.  The radical changes in Society and individual commitment for inspiring others were analysed, besides the easier to grasp, changes in technology.  So most of one day was spent on understanding how to be more effective in the community and how to organise oneself better.  Rob Hopkins (founder of the Transition Movement) was an impressive speaker on the course alongside Paul Allen, the Knowledge and Outreach Director of Zero Carbon Britain..  In my feedback of the course I said Paul Allen was clearer in his arguments than I have ever heard from Chris Packham or Sir David Attenborough, and so I hoped the Open University could base TV Programmes around him to get the message to the widest public.

The Scottish Communities Climate Action Network had negotiated a fee of £30 to attend the course and there were attendees from Edinburgh Transition, Planet Sutherland and Findhorn for example.  The normal fee is £75 and there are free places for those who would be unable to attend otherwise.

Having been immersed in Climate Science my whole working life, I was aware of virtually all the factual material, so I treated the course as a real refresher.  But what made the course were the discussions in small groups and in Chat Sessions about “what to do” and learning of best practice from elsewhere.  Believe it, the Somerset Levels with a population of 3000 have done everything that Transition Black Isle might aspire to with a catchment of 10,000 catchment.  There was a one-hour off-line session where I chose the topic of Food and Land Use (the other topic was Power Up, Power Down) to write two sides of bullets as if preparing to write a strategy for the Black Isle and how it would be implemented.

You will explore all aspects of climate solutions and scenarios presented in the Net Zero Britain research. Live lectures will cover a range of topics from renewable energy and energy efficiency to diets and land-use, looking at how these can work together to help us build a zero carbon future. Online workshops will enable discussion and debate among participants on catalysing action across all areas of society.

The next course is 23/24 June with a further course in November.  Whether this is for you or not, do take a look at the Executive Summary to Net Zero Britain.  All documents can be downloaded at

The Centre for Alternative Technology hopes to raise 50,000 signatures in Wales as a means of sending a message to world leaders that urgent action needs to be taken now if we are to mitigate the worst effects of climate change.  Paul Allen, from CAT’s Zero Carbon Britain team, writes

To help focus COP26 conversations on the immediate actions at the scale and speed demanded by science, CAT has joined Climate.Cymru. Together, we want to gather 50,000 voices from the people of Wales to show world leaders just how much the people of Wales care, and demand meaningful action to protect the things we love from the climate and biodiversity emergencies.

Perhaps they should broaden their horizons and try to gather several times that number of signatures from the whole of the UK. 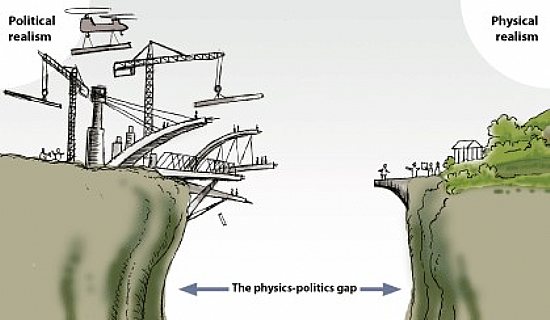 CAT's image of the Physics-politics gap

The FoE web page has a link to a number of videos and PDF presentations by a range of experts on various aspects of the general topic of 'Scotland's response to the Climate Emergency'.

"Carbon Choices tells the greatest story on planet Earth.  How one group of sociable animals came to emit 40 billion tonnes (40,000,000,000) of an invisible gas each year, unwittingly changing the chemistry of the atmosphere and the oceans, and steadily destroying the life support systems that humans and wildlife depend on.  It takes a fresh perspective on how the excessive consumption by wealthier people has unwittingly driven us into climate and wildlife crises, and considers the psychology that drives us to buy more ‘stuff’ and whether this makes us happier."

Boris Johnson has moved his business secretary, Alok Sharma, to work full-time on preparations for the Cop26 climate conference in Glasgow this November, a change urged by environmental experts given the scale of the role.

The Prime Minister announced an end to the UK Government's direct support for the fossil fuel energy sector overseas, when he opened the Climate Ambition Summit in December 2020.

From Government press release  12 December 2020
In a major policy shift, the PM will commit today to ending taxpayer support for fossil fuel projects overseas as soon as possible, as the government works to support the sector’s transition to low-carbon energy.
.   .   .   .
This is a significant change – in the last four years, the government supported £21 billion of UK oil and gas exports through trade promotion and export finance. The policy will be implemented after a short period of consultation and is intended to come into force as soon as possible, and before COP26 next November.

The UK taxpayer is to stop funding fossil fuel projects overseas as part of the government’s push for international action on the climate [at] a key summit [in December.]

Taxpayers helped to support more than £21bn of fossil fuel development overseas in the last four years, despite calls from green campaigners to halt the finance.

The halt to funding for fossil fuels has been mooted since early this year, when the prime minister was stung by accusations of hypocrisy because the UK continued to fund such developments despite preparing to host the next round of vital UN climate talks, COP26, in Glasgow.

David Attenborough   ‘A Life on Our Planet’

Honest, revealing and urgent, 'A Life on Our Planet' is Sir David Attenborough’s witness statement for the natural world. He offers a powerful first-hand account of humanity’s impact on nature and a message of hope for future generations.

David Attenborough: A Life on Our Planet is now available on Netflix.

Netflix memberships range from £5.99 to £11.99 per month, depending on the quality of your membership. The platform offers a one month free trial, after which users are charged £8.99 a month for the standard subscription.

The Committee on Climate Change’s annual Scottish progress report, including advice on policy priorities for the Climate Change Plan update, was published on Wednesday 7 October.  This is the ninth annual Progress Report to the Scottish Parliament, required under the Climate Change (Scotland) Act 2009.  It assesses Scotland’s overall progress in achieving its legislated targets to reduce greenhouse gas emissions. The report shows that Scotland’s greenhouse gas emissions fell by 31% from 2008 to 2018.  This was primarily due to action to reduce emissions in the power sector, where Scottish renewable electricity generation has tripled and fossil-fuelled generation has fallen by more than 70% in the last decade.  However, greenhouse gas emissions increased by 2% in 2018, compared to a reduction of 3% in 2017.

TBI Convenor Julie Gibson has drawn attention to the work of the Centre for Alternative Technology, based in mid Wales, in encouraging the move towards a zero-carbon Britain by means of publications, activities and education.  There is an enormous wealth of quite detailed information, but it's well worth a look.  CAT's activities have been greatly curtailed by Covid-19.

What has become known as the 'Green New Deal Bill', a Private Member's Bill sponsored by Green Party MP Caroline Lucas, received its first reading without debate in July 2020, and is due to come before Parliament for second reading on 12 March 2021.

The preamble to the bill describes it as

A Bill to place duties on the Secretary of State to decarbonise the United Kingdom economy and to reverse inequality; to establish a ten-year economic and public investment strategy in accordance with those duties which promotes a community- and employee-led transition from high-carbon to low- and zero-carbon industry; to require the Government to report on its adherence to the strategy; to establish higher environmental standards for air, water and green spaces; to make provision to protect and restore natural habitats; and for connected purposes.

The bill as introduced

Caroline Lucas wrote about the bill in The Guardian on 20 September 2019.

Another Private Member's Bill, again sponsored by Caroline Lucas and five other MPs and tabled on 20 September 2020.  Of the total of 75 MPs supporting the Bill, not one is a Conservative.

The motion and supporters

What is the Bill about?      The CEE Bill Alliance says

In a nutshell, the Climate and Ecological Emergency Bill calls for:

The Climate Change (Emissions Reduction Targets) (Scotland) Bill was passed by the Scottish Parliament on 25 September, after having been significantly strengthened during the parliamentary process, though insufficiently in the view of the Scottish Greens and others.

As originally tabled in May 2018 the bill increased the 2050 target for reduction of greenhouse gas emissions from 80% to 90%, and proposed new targets for 2020, 2030 and 2040.  No target was proposed for achieving 'net-zero' emissions.  In its final form the 2050 target has been abandoned, and following advice from the UK Committee on Climate Change the government proposed a 'net-zero' target date of 2045.  Labour and Lib Dem proposals to increase the original 70% reduction target for 2030 to 75% were accepted, but the Greens' attempt to increase that figure to 80% was defeated.  As a result the Greens abstained in the final vote which saw the bill passed by 113 votes to 0.

Friends of the Earth Scotland commentary  by Caroline Rance.

We must change food production to save the world

The main thrust of the report is summarised in a Guardian article of 4 August 2019 by Robin McKie based on a draft of the report as stating that it will be impossible to keep global temperatures at safe levels unless there is also a transformation in the way the world produces food and manages land.

IPCC downloads page for the report.  The 'Summary for Policymakers' and 'Summary of Headline Statements' are more approachable than the full report at 1,542 pages and 31Mb.

Covid-19 - Local and national information   Meeting and close contact indoors at home allowed from 17 May.  Surge in cases in Moray may pro... More >>