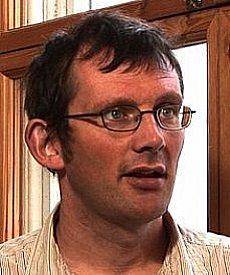 From What is to What if?

The founder of the international Transition Towns movement asks why true creative, positive thinking is in decline, asserts that it’s more important now than ever, and suggests ways our communities can revive and reclaim it.

In these times of deep division and deeper despair, if there is a consensus about anything in the world, it is that the future is going to be awful.
.   .   .   .
But as Transition movement cofounder Rob Hopkins tells us, there is plenty of evidence that things can change, and cultures can change, rapidly, dramatically, and unexpectedly—for the better.
.   .   .   .
We do have the capability to effect dramatic change, Hopkins argues, but we’re failing because we’ve largely allowed our most critical tool to languish: human imagination. As defined by social reformer John Dewey, imagination is the ability to look at things as if they could be otherwise. The ability, that is, to ask What if?  And if there was ever a time when we needed that ability, it is now.

(From the publisher's website about Rob Hopkins' 2019 book  'From What is to What if?',  now newly available in paperback.)

Read the full article, and comments from a number of distinguished figures, including 'doughnut' economist Kate Raworth and climate scientist Michael Mann.

Transition Summit - events this week 16 - 19 May Information about a range of interesting online events this week, and recordings of many of last week's an... More >>
SG Waste Incineration report published A report commissioned last year by the Scottish Government into 'the role of incineration in the&nbsp... More >>