Rob Hopkins, co-founder of the Transition movement, shares thoughts and perspectives from Totnes.

Transition is more important than ever in a world of Donald Trump, Richard Heinberg tells us.

We are delighted to announce the publication of the French version of ‘The Essential Guide to Doing Transition’. Translated by Caroline Durieux and colleagues at Rseau Transition, the Belgian Transition Hub, it is a wonderful addition, joining the English and Spanish versions already existing, and the forthcoming Russian and Chinese versions.

Also available fullscreen or as a .PDF

We offer antidotes to feeling daunted, such as a real example of how good can overcome hate, enthusiasm for Transition in France, local community activism in Hungary, and Rooting in Tooting. Responding to the US election with a heartfelt call for empathy and we have insights into community change. The challenges and opportunities Dominica has could apply to many places, as do these characteristics of doing Transition in an University.

How do I know good can overcome ignorance, spite and hate? Because Ive seen it.
A tweet moves Rob Hopkins to share a personal experience from his familys life.
http://transitionnetwork.org/news-and-blog/know-good-can-overcome-ignorance-spite-hate-ive-seen/

Now youre all here, and it feels fantastic: 3 days in France.
Grenobles city government are holding a Biennale in March on the theme of Villes en Transition (Towns in Transition). Rob Hopkins was at the launch and reports back from a packed 3 day programme of talks and events in France.
http://transitionnetwork.org/news-and-blog/now-youre-feels-fantastic-3-days-france/

The New Economy in 50 words?
In the shortest blog of his life, Created for the latest edition of Stir Magazine, Rob Hopkins offers 50 words that capture the future of the economy.
http://transitionnetwork.org/news-and-blog/new-economy-50-words/

10 keys to Transition in Dominica
Naresh Giangrandes final report from his recent adventures with a round up of his time spent in Dominica, and the challenges and opportunites the country has.
http://transitionnetwork.org/news-and-blog/10-keys-transition-dominica/

QUOTE OF THE MONTH
I give my every waking moment to the creation of a new narrative, one rooted in possibility, imagination, care, connection and action. Its my daily practice.
Rob Hopkins

“Now you’re all here, and it feels fantastic”: 3 days in France.

Rob Hopkins reports back from a packed 3 day programme of talks and events in France.

The post “Now youre all here, and it feels fantastic”: 3 days in France. appeared first on Transition Network.

How do I know good can overcome ignorance, spite and hate? Because I’ve seen it.

The post How do I know good can overcome ignorance, spite and hate? Because Ive seen it. appeared first on Transition Network.

7 characteristics of doing Transition in an University

Last week we published our new guide, ‘How to do Transition in your University/College’ by Maria Cooper. Today we share an excerpt from it, which sets out seven key characteristics of doing Transition in a University setting.

The post 7 characteristics of doing Transition in an University appeared first on Transition Network.

Cormac Russell on change that starts with communities

The post Cormac Russell on change that starts with communities appeared first on Transition Network.

Inauguration Day: Kicking Against the Prick(s)

The post Inauguration Day: Kicking Against the Prick(s) appeared first on Transition Network.

A her-story of Transition Wekerle: an experience of local community activism in Hungary

The post A her-story of Transition Wekerle: an experience of local community activism in Hungary appeared first on Transition Network.

The New Economy in 50 words?

In the shortest blog of his life, Rob Hopkins offers 50 words that capture the future of the economy.

The post The New Economy in 50 words? appeared first on Transition Network.

10 keys to Transition in Dominica

Naresh Giangrande‘s final report from his recent adventureswith a round up of his time spent in Dominica, and insights gleaned.

The post 10 keys to Transition in Dominica appeared first on Transition Network.

In this newsletter we find Tomorrow is now today in the UK, we publish a guide to doing Transition in your Uni. News of coming together after Italian earthquakes and enough movement building in America Latina to stir an earthquake. Tanya asks for help as to whether to stand for election in Denmark and in Brussels a European gathering breathes new life into the Commons. Rob reflects on the gulf between the kind of poise and clarity at Standing Rock and what we see elsewhere in the world of politics, plus what did we learn from Punk and making beer from bread. Our Essential Guide to Doing Transition is now available in Spanish and we review a wonderful new French film about Transition.

The Film Tomorrow (Demain) available at last in the UK!
Weve reported previously on this website about the phenomenal impact of the film Tomorrow (Demain) in France, Belgium and the other 30 countries in which it has so far been released. Were delighted to announce that Transition Network has negotiated the rights to distribute the film in the UK. Everything you need to know about the UK community-led rollout of the film is here:

Tomorrow (Demain) available at last in the UK!

Emerging in the Emergency
Deborah Rim Moiso reports on a gathering of Transitioners and other to train, reflect and design following the recent earthquakes in Italy.

Emerging in the Emergency

Movement Building in America Latina
Naresh Giangrande reports on the paradox of Transition coming from the ultimate colonial (although waning) power of Great Britain.Instead of some new way to exploit, I am bringing Transition; the call to relocalise and create radical self determination.

In the Shadow of the Volcano: Transition in Pucn and Villarrica
Naresh Giangrande reports from his last training in America Latina, on Transition in 2 neighbouring towns, and awakens a volcano (possibly).

In the Shadow of the Volcano: Transition in Pucn and Villarrica

Should Tanja Run for Election?
Danish Transitioner Tanja Aertebjerg is thinking of going into politics. Should she? Shed love to know what you think.

Should Tanja run for election?

The day Theresa May visited Standing Rock
How different would the world be if the grace and poise shown at Standing Rock were to influence our wider political culture? Very different.

Transition and the Commons: Freeing Our Imaginations
Isabel Carlisle reports from the European Commons Assembly in Brussels; a gathering of people from all over Europe and beyond who are stepping forward to make visible, manage and protect the resources that we as citizens hold in common.

Transition and the Commons: freeing our imaginations

Is Being punk as f*ck Really Where Its At?
Rob Hopkins offers a Transition take on a recent blog by Sam Bliss, Aaron Vansintjan called Degrowth Is Punk as F*ck.

Is being punk as f*ck really where its at?

Beer made from bread? The story of Toast.

SUPPORT Activity of the Month:

Activity of the Month: The Essential Guide to Doing Transition (English & Spanish!)

Quest-ce quon attend? (What are we waiting for?)
Marie-Monique Robins wonderful new film about Transition in the village of Ungersheim, a village in the Alsace in north-eastern France. 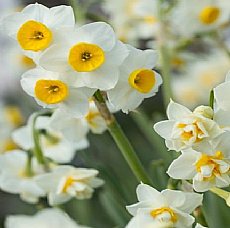 April newsletters from Ross-shire Voluntary Action and Cromarty Arts Trust April newsletters have been received from Ross-shire Voluntary Action and the Cromarty Arts Trust.  RVA&#... More >>
If you missed PotatoDay - Tatties still available We have seed tatties left over from Potato Day - available for anyone who wants to have a go at 'growing y... More >>