John Finnie is on the case

After his help was enlisted by Julian, John Finnie has been working hard in support of the sleeper campaign, as can be seen from his recent email to Julian, below.

Unfortunately, due to other duties I have not been able to get to it before now. The timeframe of the Government’s response suggests they were not aware of Serco’s temporary reversal of their plans.

I have since asked the Transport Minister for copies of Serco’s “own research of passenger ferries regarding allowing single travellers to purchase berths in shared cabins”. I have also requested the same in respect of their sleeper services.

You’ll recall I undertook to speak to Peter Strachan, Chief Executive of Caledonian Sleeper. As I was unable to contact him directly by phone, Linda, from my office, called at the Caledonian Sleeper office in Station Square Inverness. Linda identified herself and requested the direct number for Mr Strachan. This request was refused, so Linda left my business card and requested that Mr Strachan call me. To date he has not contacted me.

Last Monday I attended the HiTrans seminar in Inverness. There I heard what I can only describe as a very ladsy presentation from Mr Strachan during which he ridiculed this issue, which made me very angry. Seeing no benefit in confronting Mr Strachan I have raised the attached questions with the Scottish Government.

I have also attached my press release and the subsequent coverage which you may have seen in Monday’s Press and Journal.

You can view the attachments referred to in the email via the links below.

2 February
Press release by JF which was the basis for subsequent articles in the online and print versions of the Press and Journal.

2 February
Scottish Parliamentary questions lodged by JF, seeking clarification on various issues, with the general thrust of  " . . whether the Caledonian Sleeper Franchise agreement has been subject to any alterations and, if so, who was consulted, and what alterations, including financial adjustments, were made", and with particular reference to the franchise undertakings on Railcard discounts, reclining seats and 'pod flatbeds'.

5 February
A piece by Rita Campbell in the online Press and Journal based on John Finnie's press release.  "Plans to end “Share with a Stranger” on Caledonian Sleeper condemned".

And finally, as Julian says  "the only sort of Press Release that Serco wishes us to read.  This is the future of the Sleeper if Serco have their way." 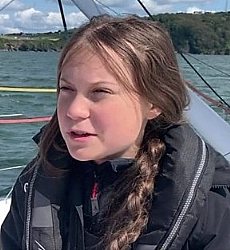