We had some great news a few weeks ago, that we’ve been itching to share  – but we were sworn to secrecy. Now we’re delighted to be able to spill the beans – we’ve been awarded funding to develop plans for a better walking/ cycling route through the village. The aim is to make it easier and safer for pedestrians, cyclists and wheelchairs users to get to the main village facilities – the playpark, football ground, Findon Hall, church and school at one end and the shop, pub, and of course the planned Glascairn Hub at the other end. We also want to help cyclists get to the A9 at Duncanston, where they can access more frequent buses  ( a “ride and ride” scheme!). The funding comes from Transport Scotland via the Sustrans “Places for Everyone” scheme – designed to encourage people to leave their cars behind for short, local journeys, with benefits for health, road safety and the environment.

Thanks to Highland Council's Carbon Clever fund, a popular local cycling route is getting some promotion.  A new map and information leaflet about the loop round the Beauly Firth has just been produced, with signage planned for later in the year.  The project has been organised through Muir of Ord Community Council.

The 26 mile route takes in beautiful sea and mountain views, archaeological remains including crannogs and fish traps, other fascinating built heritage such as Redcastle Pier and Wardlaw Mausoleum of Outlander fame, rich birdlife, and some great options for the essential coffee and cakes.

"Lots of people cycle round the Firth already - it's a lovely route with lots to see - and we wanted to spread the word a bit.  As well as encouraging people to cycle the whole 26 miles, we want folk to try sections of the loop such as the beautiful shore road from North Kessock to Redcastle, to combine bike and train using the stations at Muir of Ord and Beauly, and to explore some off road options and alternative back roads."

"For regulars and first-timers alike we hope that the leaflet helps people to get more out of their cycle by highlighting some of the points of interest along the way.  And there are great places to stop for refuelling in Beauly, Muir of Ord, North Kessock and of course Inverness."

"We're delighted to have supported this initiative which we hope will see more people out on bikes, for leisure, for commuting, for shopping or just for going out for a coffee."

The Loop map has been produced by award-winning cartographer Helen Stirling of Inverness, who has also worked on maps for the Black Isle, Inverness and Loch Ness area, Nairn and many others.

Copies of the leaflet are available from Lizbeth Collie of Black Isle Bicycles on 07799 183572 and from various local businesses around the Loop route.

Preview the  leaflet  and  map

"Ferintosh Bus Link Trial.  Please spread the message to your neighbours who need public transport to get around that this Bus Link trial is running until the end of September to test the value of being able to call a car to take you to the frequent bus services on the A9 and A835; and be collected."

A new initiative by Ferintosh Community Council to provide improved access to buses for residents started on Monday 6th June. This new initiative, the Ferintosh Bus Link, is being run in partnership with Stagecoach and the Black Isle Community Car Scheme until  the end of August [now September].  The results of the trial will then be assessed to see if this could become a permanent service.

Residents in the Ferintosh area of the Black Isle will be able to enrol in the new scheme which will provide a direct link from their home to a bus stop on the A9 or A835, provided by volunteer drivers from BICCS.  The trial scheme will offer the home-to-bus-stop connections for just £1 one-way or £2 return. 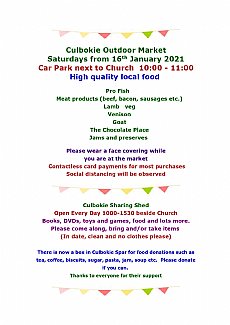